Formerly the shy one, Frida has been acting really strange lately. Even the other four chickens think she has been possessed by an alien being. Then last night Shaun found this in their nesting box. 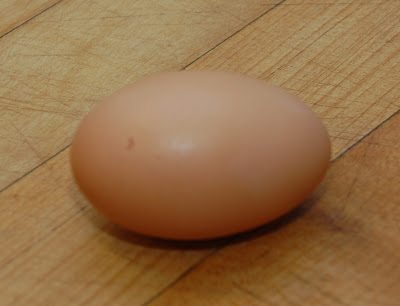 Shaun has raised three of these chickens since they were 1 day old (Zelda, Frenchie, and Abigail). Frida is one of two chickens we got partially grown from Dare 2 Dream Farms in Lompoc. We were warned that we might not see any eggs until the days begin to get longer. Apparently Frida didn’t get the memo.

Breakfast this morning was an exciting event. 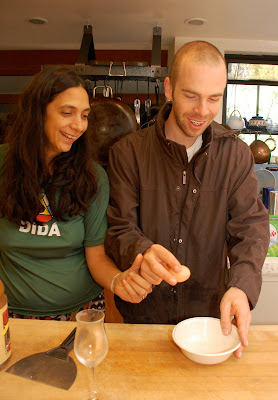 We gathered for the egg opening. 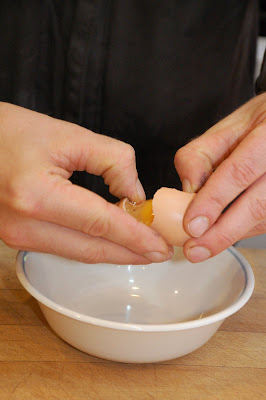 It was everything we’d hoped. 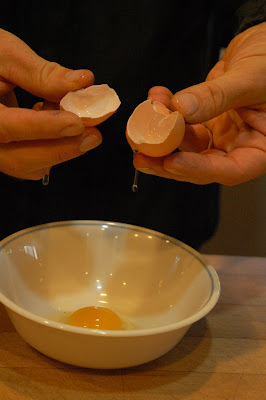 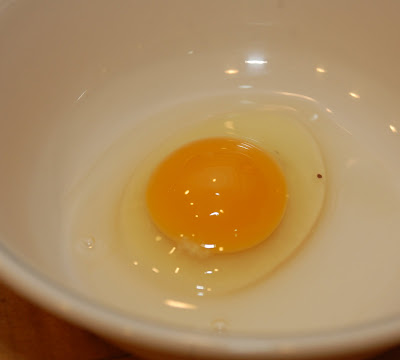 These chickens spend their days in Shaun’s side yard where they wander around eating bugs and the plants Shaun grows for them. They have intimidated the local cats into becoming vegetarians and managed to elude the raccoons a few nights ago who discovered before we did that the chickens weren’t safely bedded down in the coop for the night. 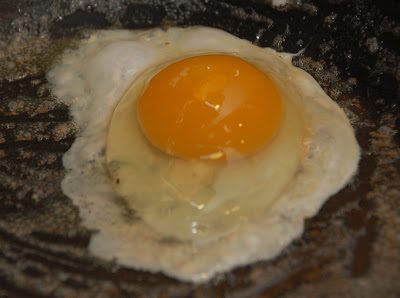