I think I am a tamale hoarder. Back when we were first married our neighbors would bring us tamales on Christmas Eve. I’d store them at the very back of the holiday food filled refrigerator hoping no one would notice them so we could eat them later, a little at a time, enjoying every bite.

So when our friends Milt and Letty invited us to join them in making tamales for New Year’s Eve, I said yes immediately even though I already have a freezer full of Guatemalan tamales. I felt like I’d hit the tamale jackpot!

When we arrived in the morning on Dec. 30, Letty had  the fillings ready to go—made using her homegrown chilies and tomatillos. 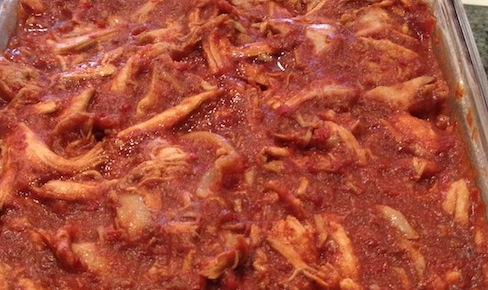 A family of childhood friends with many years of tamale making experience would guide us along the path to perfect tamales. Sandy and Nancy, the tamale matriarchs, were on their way from Thousand Oaks.

Their brother Fred and his wife Vickie had helped set up a table outside for our assembly and two steam pots on a propane camping stove. Milt and Letty’s daughter Iris was there to help and Fred’s niece Ceci was expected to arrive a little later to help us spread the masa onto corn husks, fill them and fold them into tamales.

Letty took a look at the green chili chicken filling and decided we should drain off some of the excess moisture (which we heated later and served as a  sauce). 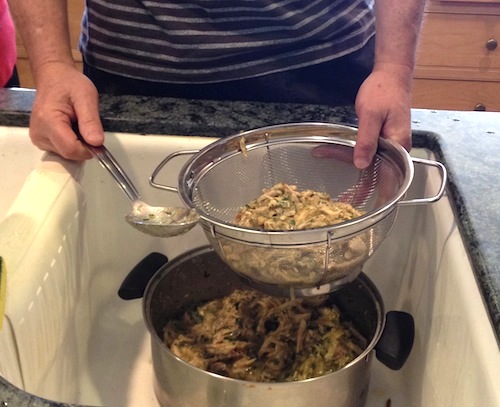 We had 20 pounds of freshly prepared masa from La Tolteca Tortilla Factory, which Fred began to put into a mixing bowl in anticipation of his sisters’ arrival. 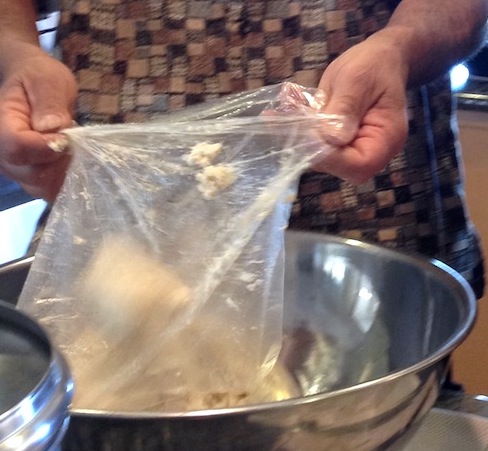 Sandy, Fred’s older sister showed up just at the right time to direct the mixing in of additional salt, baking powder, and schmaltzy chicken broth. 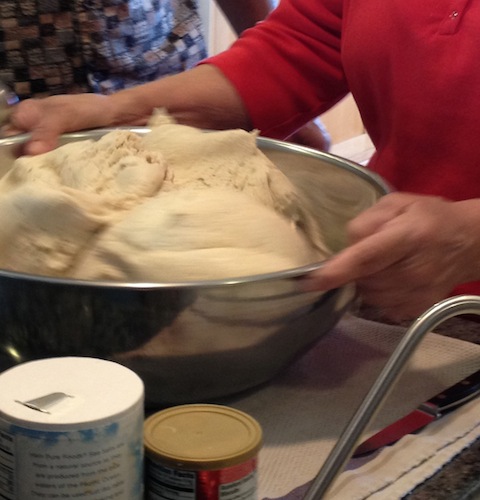 Noting the cottage cheesy texture of the masa, she said we needed to make it smoother, lighter, and creamier before we spread it onto the corn husks. 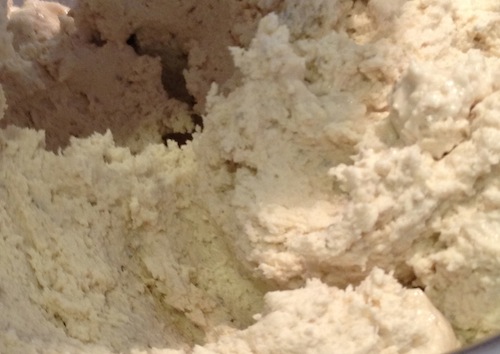 Fred did the mixing. 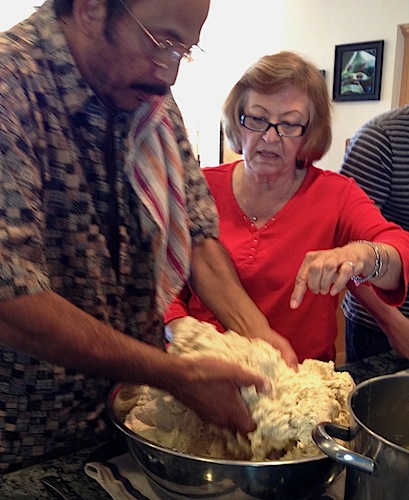 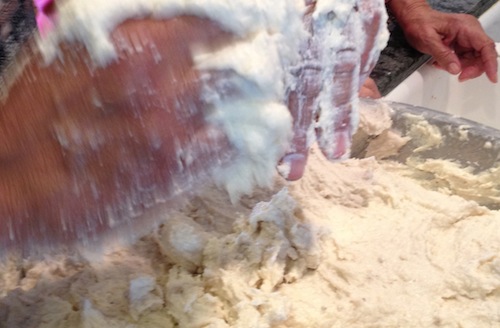 Fred manned the steamers once we got the first batch ready to cook. The tamales took about an hour to cook.

Keeping the types separate and labeled correctly takes a some attention and good organizational skills. Knowing when they were done required passing around sample tamales to taste. Fluffy masa, lots of filling and an olive in each one. Perfect! 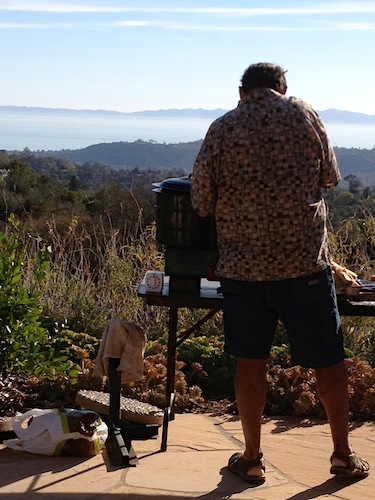 My apologies to my East Coast cousins and European friends. Yes this is December.  Yes that is the ocean and the Channel Islands in the distance.  Yes Fred is wearing shorts and sandals. Yes the tamales are delicious! 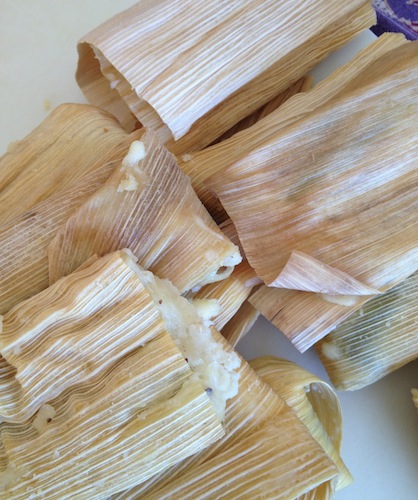 One thought on “New Year’s Tamales”