On New Year’s Eve, my husband Dave made his version of his Dad’s fish stew. This recipe has a story behind it that I’ll share with you. It always makes me laugh and I miss Dad when I tell it. 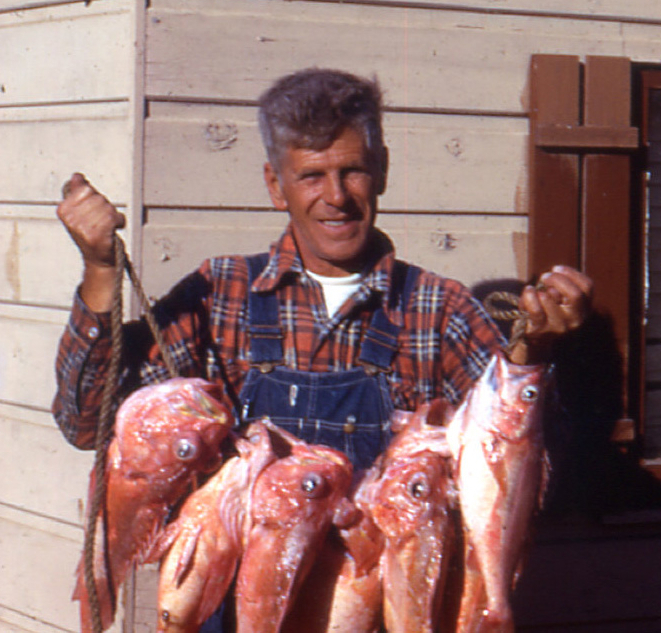 It was Christmas Eve, about 7 pm. The kids were hungry and ready to celebrate. Grandpa Bob was making fish stew using freshly caught fish he’d unloaded earlier in the day from Styrofoam ice chests (it was a 2-hour drive from Mom and Dad’s home in Los Angeles).

Dad was eager to share his recipe with us. He carefully filleted the fish and used the fish frames to make a broth base for his piquant tomato stew, which featured lots of garlic, whole peppercorns, mushrooms, and large pieces of flavorful fish. He showed me the sealed box of a special imported pasta he’d gotten at an Italian market in San Pedro — the absolute perfect pasta for his stew, he said. The fragrance of the stew was making us all hungry and I was glad when I saw water boiling for the final step: cooking the pasta.

I left the kitchen to do the last minute gift wrapping. An urgent call from Dad brought me back into the kitchen. When I arrived, Dave and his dad were staring into the pot of simmering pasta. They pointed to the small black dots rising to the surface. A stir with a long spoon released more dots… weevils.

Dad was quickly skimming them into a bowl; it was too late to go buy more pasta. Working together, we continued to clear the surface as the pasta simmered. Then we rinsed the cooked pasta carefully, hoping to wash any remaining weevils down the drain. I put the salad onto the dining room table and reassured the rest of our hungry family that the long-anticipated main course would be out soon.

As Dave pulled the garlic bread from the oven, Dad motioned us over to the serving dish he’d filled with steaming pasta. No weevils remained. He put his finger to his lips and with a twinkle in his eye, he ladled his spicy stew onto the pasta, then he picked up our large wooden pepper mill and began twisting black dots of pepper onto the surface… just in case. 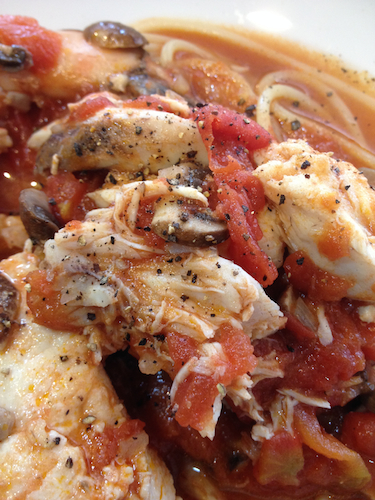 We said nothing as he brought his fish stew to the table and we all sat down to eat. Everyone agreed that Dad’s stew was the best Christmas Eve dinner we’d ever had and was destined to become a family tradition. It was several years before we shared this story with the rest of the family. But Dad’s stew has remained a holiday tradition… without the weevils.

Dave’s recipe is quicker than Dad’s but tastes equally delicious on a chilly winter evening.

At the fish market, Dave asks for: 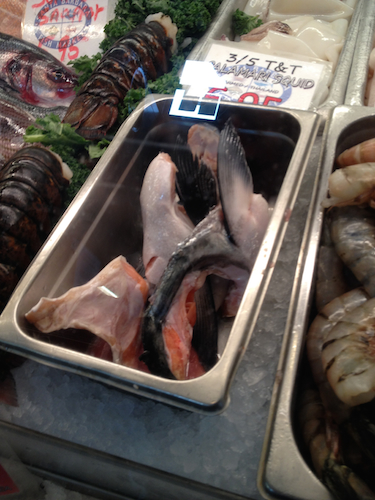 Dad included the heads and head fins, but he scaled, skinned, and filleted the fish himself and didn’t believe in throwing ANYTHING away. 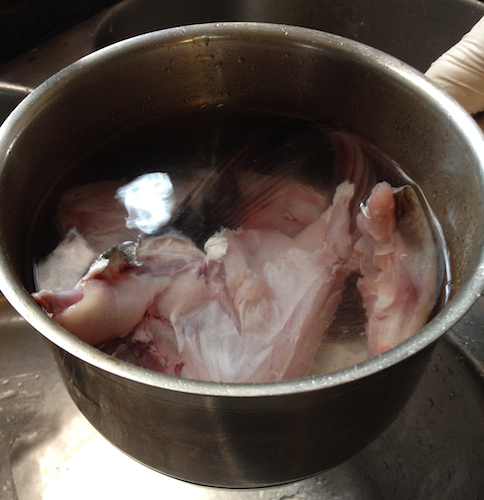 To start the broth, Dave breaks up the fish collar and adds:

He simmers that for about 1 hour. Then he removes the collar bones and saves any meat that was on the bones to add to his stew later.

Meanwhile in a large frying pan he sautés in olive oil:

and adds them to the broth. In that same frying pan he  reduces : 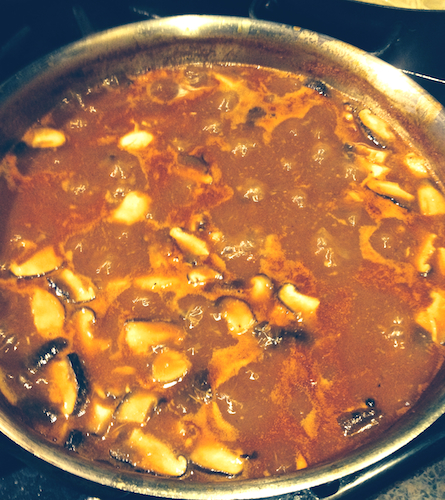 He adds the simmered fish broth when it is ready and  simmers this for about an hour.

He brings a pot of salted water to boil and cooks until it’s al dente:

When the pasta is almost done, he adds the fish fillet pieces to his stew to simmer for 3 to 5 minutes (until opaque). He then adds the reserved collar meat and seasons the stew with salt and pepper to taste.

To serve, he puts a serving of pasta in each bowl, followed by a fish fillet and the stew sauce.

He garnishes each serving with:

One thought on “Dad’s Fish Stew”